The Everest region has it all, sheer beauty, dramatic massive mountains, amazing people, challenging trails and an experience that will stay with you forever. The exciting expansive views will leave you mesmerized. Standing or sleeping at the base camp of the world’s highest mountain and trekking up to the famous and classic view of Mount Everest from Kala Phattar is truly breathtaking. If you really want to enjoy going to altitude you need 3 nights in Namche Bazaar on the way up and Our itinerary has this built in.

There are two distinct trekking seasons in the Himalayas,  pre-monsoon (February, March, April and May) and post monsoon (late September, October, November and December). It is possible to make the journey in January and early September but we prefer the above for our treks into Everest base camp. My personal favorites are March, late October and November.

You can trek to Everest Base Camp in January and February but it can be very cold higher up (-20C/-4F to – 30C/-22F) It can dump snow on the trail at any time of year. If you are planning on trekking to Everest Base Camp in these months, you are definitely going to need more time for weather delays. Weather conditions can be more challenging in these winter months. 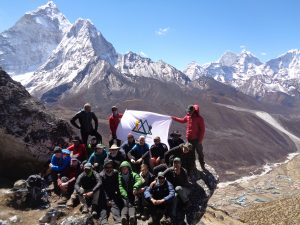 When are Climbers in Base Camp 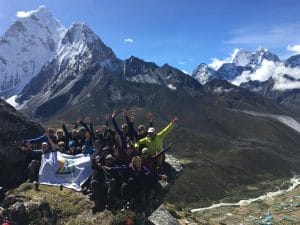 The main climbing season on Mount Everest is April and May each year, so if you want to see Everest Base Camp with all the tents and action, then one of the trips going during the months of March, April or May would be best for you!  However, if you are looking to be in Base Camp when it is quiet and experience the beauty of the area with out the hustle and bustle of people and tents, then going in the Post-Monsoon season of September – December might be the better option for you. 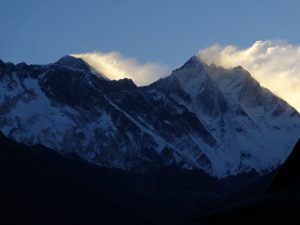 February and March are generally colder months to be in the region, however these can be some of our favorite times to be there!  February and March generally have less people on the trail, and the colder temperatures usually bring crisper and clearer views along the way, making it a great time to be there as long as you are prepared with the correct gear for the cold.  April is one of the busier months to be in the region, but there is a reason for that!  Generally, the weather is stable and the views are clear, with less heat haze, that can impede the views.  You will be contending with a lot of other trekkers and climbers in the region in April as many choose this to be the month they will travel.  The trails can also be busy with porters/animals that are maintaining the large number of climbers in Base Camp, preparing for their summit attempts. May is traditionally the warmest month to visit Everest Base Camp, however sometimes the warmer temperatures can also bring in more clouds, and heat haze, which obstruct your views. During this time in Nepal, the monsoon is moving north from India, bringing warmer temperatures and potentially more cloud cover.  If you are worried about the colder temperatures in the region, then going during May could be the right choice for you.  With this said, we can never guarantee the weather in the region and it can change from year to year.  While we normally see warmer temperatures in May, we have also seen years where it has snowed on the trail and been quite cold along the way! 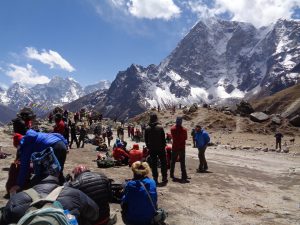 Traditionally, you will find late September, October, November and December will provide better views of the mountains, less heat haze, less cloud cover and overall more consistent and better views of the mountains.  This is not always the case but the trend usually follows this pattern. In September the monsoon can linger a bit, causing there to be more precipitation on the trail. If there are more cloud cover, it can cause more issues with getting in/out of the mountains as well, so having some extra time built into your schedule for these possible delays are important.  The temperatures are generally warmer in September and the lush and green landscapes can be quite spectacular in the lower parts of the trail. Once you move into October, you are going to see one of the busiest months on the trail.  The reason it is busier is because this months generally brings clear skies and the temperatures have not yet dropped, making it quite comfortable to trek at this time.  Another one of our favorite times to be in the region is in November, where the crowds start to dissipate and the temperatures are a bit colder, bringing the crisper and clearer views.  This weather pattern will go into December as well, however the temperatures can definitely get colder as you head towards the end of the year. 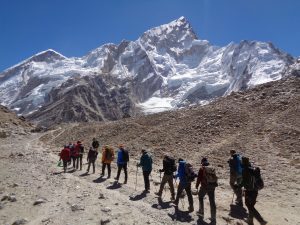 Trekking during the monsoon season of June, July and August can be quite challenging in the Himalayas.  The biggest challenge is going to be getting in or out of the mountains because there may not be flights in or out of Lukla for days on end.  You could experience torrential rains lower on the trail, making it difficult and challenging terrain to trek on.  If possible, we suggest avoiding this time of year as your views most likely will be impeded, there is more risk of land-slide and an overall more challenging time to be in the Everest region.

These are just a few things you need to consider when you plan your trek to Everest Base Camp. For more information about training, preparation and making a safe and enjoyable journey to Everest Base Camp feel free to CALL US or keep reading our blogs which have years of experience built into the content.