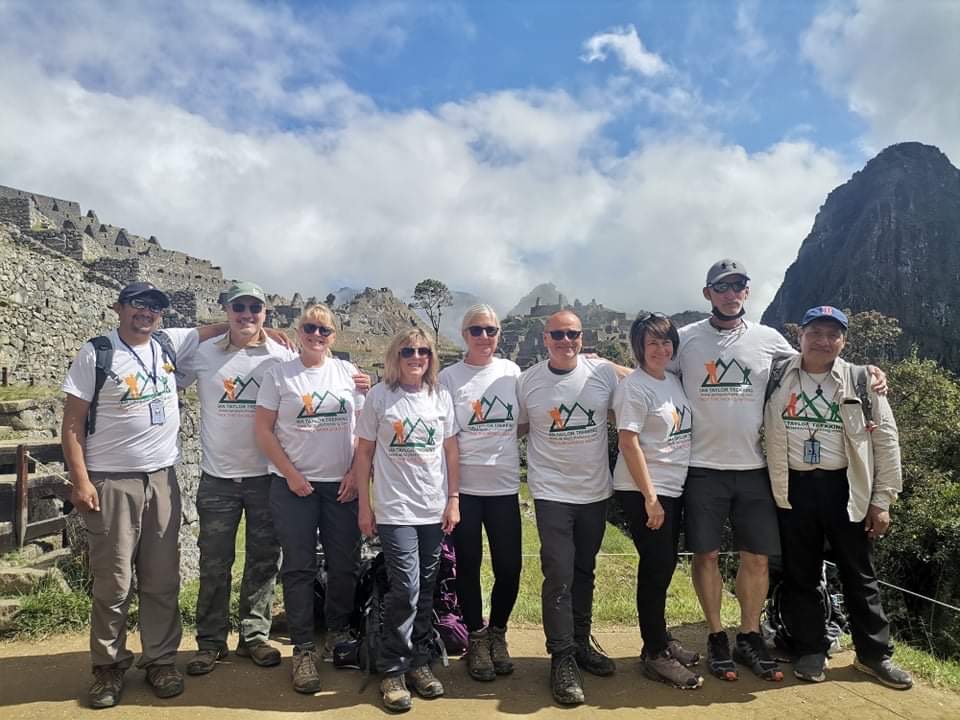 The Seven Best Months to Trek the Inca Trail

Honestly, there really are seven best months to trek the Inca Trail to Machu Picchu.  These months are from April through October. The two warmer months are going to be April and October. We have been leading treks on the Inca Trail for over ten years, and our favorite months are probably May and June.  There are many festivals in the month of June, which makes it a lively place to be in Cusco!  June, July, August and September are all right in the middle of Peru’s winter, which is the best time to trek. If you go in the warmer months, then you will have a lot of bugs to deal with, and that can be very annoying. Check out our TOP 10 TIPS. 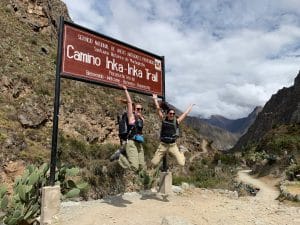 The Five Best Months to Trek the Inca Trail

If we had to break down to only five months to trek to Machu Picchu, we would say the best options are May, June, July, August and September.  It is not that you can not trek outside of these months, however, these five months are generally the best!  You do have to be ready for precipitation at any months of the year on the Inca Trail, however, these winter months generally have the least amount of rainfall. Make sure you are doing the right preparation for your trek.  Follow our TRAINING ADVICE for your Inca Trail Trek.

The Three Best Months to Trek the Inca Trail

In our opinion, the best three months to trek to Machu Picchu are June, July and August. These would also be the busiest times to be in the region as it falls in line with summer vacation for people living in the Northern Hemisphere.  The weather is very steady during these three months and while you can always count on a bit of rain, generally the skies are clear!  We have our own full time staff member on the ground in Cusco and we only run quality treks to Machu Picchu. Read Some REVIEWS and check out our UPCOMING TREKS. 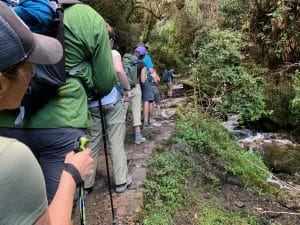 The Best Month for Trekking to Machu Picchu

Our favorite month to trek the famous Inca Trail to Machu Picchu is June. It is a little colder than other months but generally with less bugs. As you can tell, we are not big fans of mosquitoes and bugs on the trail!  The temperatures in June are generally cooler, however it does not vary greatly in the region.  Usually, by 10am, the temperature is around 15c/ 60f, but the evenings and mornings are generally cooler! 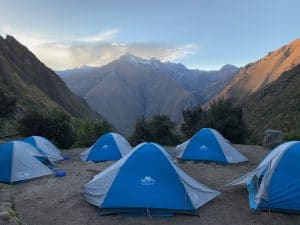 The warmer months on the Inca Trail to Machu Picchu are April May, August, September and October. The colder months are going to be May, June and July.  These three months are a little colder during the night, but these are the drier months which is appealing to most people. 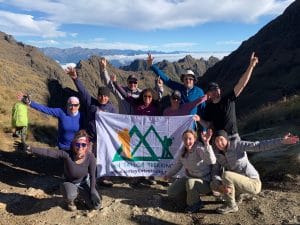 The famous Inca Trail to Machu is one of the most amazing trekking experience and a highlight of any trekkers career.  Booking early for this adventure is extremely important as permits are limited. LEARN MORE.  In the rainy season of December, January, February,  March, you will see many plants and orchid flowers.  Some animals and insects also show up in rainy season which can make it a more interesting journey.

The temperature is usually cool, but not too cold during the night at around 9C/ 45F.  During the day the temperature can reach 28C/ 82F on sunny days, which can be too hot for some people.  The dry season will be May, June and July, however it can be a little colder during the night. Temperatures can drop a bit colder around -5C/ 23F at night in some of the higher camp sites.  The mountain views are spectacular, with impressive glaciers and mountains covered in snow.  The Inca Trail always has something special to experience in every month of the year. 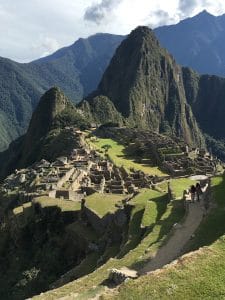